It’s no surprise that classical performing arts in Burma have seen a steep decline, a process that has undoubtedly been hastened through increased exposure to the rest of the world, combined with growing disinterest and dwindling demand at home. A potential casualty? The Burmese harp. The very future of this national symbol may be at stake. 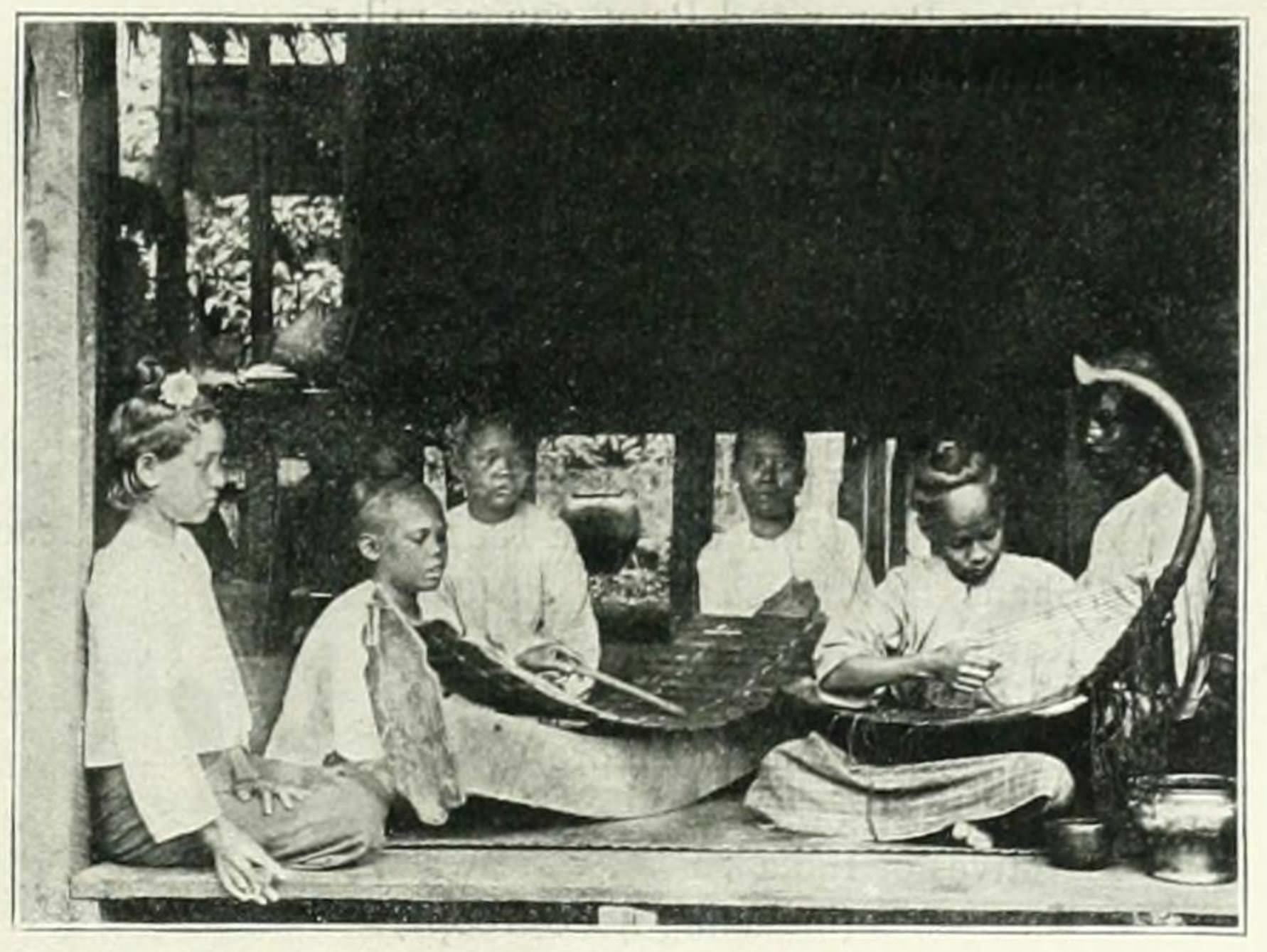 The saung gauk, as the Burmese harp is known, has long been cherished as part of one of Asia’s only continually surviving harp traditions. This arched harp likely migrated eastward from southeastern India, and adapted by the Pyus, before becoming absorbed into the Burman musical tradition early on. Over the successive centuries, royal courts nurtured sustained the Burmese harp, and the art form reached its zenith during the Konbaung dynasty, with an explosion of songs and poetic forms adapted to this instrument. Two Konbaung court harpists, Myawaddy Mingyi U Sa, and Dewaeinda Maung Maung Gyi, respectively increased the number of harp strings from 7 to 13, and then from 13 to 14. The modern-day Burmese harp now has 16 strings, an innovation introduced by the 20th century master harpist, Alinga Kyawswa U Ba Than.

The saung is typically used as part of the relatively austere chamber music ensemble, often paired with a vocalist, a world apart from the boisterous cacophony of gongs and drums that comprise the hsaing waing ensemble. It most frequently accompanies classical Mahagita or Buddhist Dhamma songs. A selection of tracks performed by Saung Inle Myint Maung (စောင်းအင်းလေးမြင့်မောင်) and Daw Yi Yi Thant (ရီရီသန့်) is available on Spotify.

Half-hearted state sponsorship has not tempered the decline of the Burmese harp. A piece by Frontier Myanmar [link] reported that “only three traditional harp makers [are] left in the country.” Aye Aung Win, one of the remaining harp craftsmen, was interviewed in 2015 on the situation (see below). In another interview with Myanmar Times [link], Aye Aung Win mentioned the lack of apprentices and the relative unprofitability of this business.

More pressing is the lack of educational resources. While Burma has two national-level cultural arts universities (NUAC Yangon and NUAC Mandalay), music education is non-existent at the primary and secondary levels [link], meaning that otherwise budding talents are not exposed to these musical instruments during their formative years.

Most complex though is the pace with which traditional music has been eclipsed by contemporary music forms. Repression has had the unintended effect of further alienating Burmese youth. Aside from the occasional reality TV performance or in tourist-oriented shows, the Burmese harp has retreated from national consciousness.

What inspired this post was a PRI podcast I recently came across on PRI [link]. In nearby Cambodia, a French ethnomusicologist worked with local Khmer craftsmen to revive the long-lost harp, pin (ពិណ), which had vanished from the Khmer musical tradition in the 1400s or 1500s [link].

According to the scholar Martin Knust [link]:

An example for this is the angular harp (pin) that is engraved on reliefs of the temple Banteay Samrê: it has disappeared from musical life in Cambodia almost completely already in the time before the civil war. It is not used anymore in the Khmer music ensemble which even bears its name: the pin peat (ពិណពាទ្).

The modern take of the Khmer pin has an uncanny resemblance to the Burmese harp, from the boat-shaped base to the 16 strings.

Aside from the leg protrusions from the base of the harp, and the garuda-shaped head, the instruments are played in comparable ways, leading me to wonder if the Burmese method of teaching the harp has been adapted to teaching the pin.

There’s a fascinating documentary on how the Khmer harp was reconstructed.

As we observe enthusiasts in other countries work to resurrect long-lost instruments, it is perhaps not too late for we Burmese to rekindle a connection with our own undisrupted heritage.