Ever since I started working full time, I’ve tried to make a habit of traveling outside the U.S. at least once a year. I am completely infected with wanderlust. If I had the luxury of choice and money, I would not be spending my 20s working full time. And I really don’t want to end up like my older colleagues and acquaintances–filled with regret over not having traveled more. Last winter, I spent about 2 and a half weeks in Taipei and Hong Kong.

This year, I’ll be visiting Northern Thailand with a pitstop in Burma. I’m quite excited because I’ll be spending much of my time in Thailand’s north, a region with intimate historical ties to Burma. In fact, my countdown tells me that I’m 61 days from flying out. 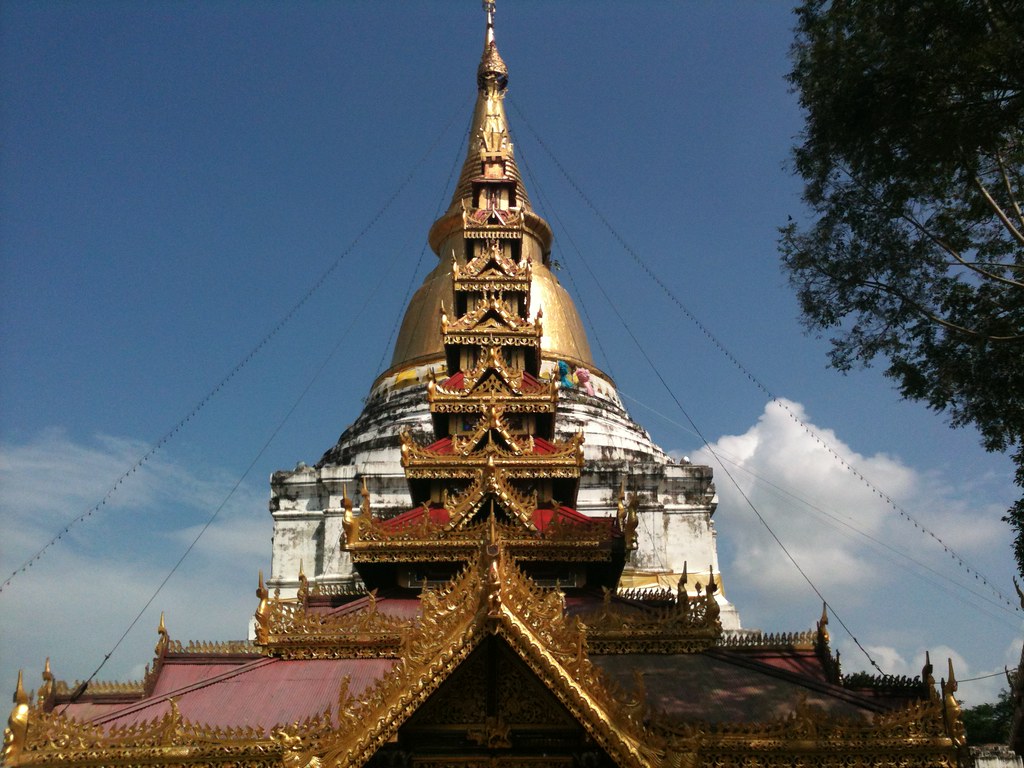 Burmese chronicles reference Sukhothai as Thaukkate (သောက္ကတဲ), while Chiang Mai, or Zin Me (ဇင်းမယ်) as the Burmese have historically called it (ချင်းမိုင် is a very recent transliteration), was under Burmese control for over 200 years. As for Ayutthaya, or Ayodaya (အယုဒ္ဓယ) in spoken Burmese (also where the Burmese nickname for Thais, ယိုးဒယား, originates), Burmese and Thais alike are well aware of the 18th century Burmese invasion that ultimately forced succeeding Thai dynasties to relocate their capital to Bangkok. And there’s Lampang, a teak logging town near Chiang Mai, where nearly a dozen Burmese temples still stand, the legacy of Burmese teak merchants in the 19th century. 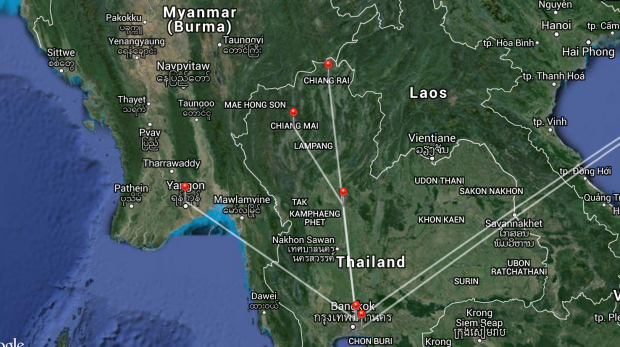 I’ll also hop over to Rangoon for a few days with my family, because flights are just so inexpensive. We’ll be taking a two day trips, one to visit my dad’s hometown near Pegu, and another to Kyaiktiyo. I haven’t been back to Burma in about 5 years, so there’s definitely going to be palpable change (not least the hotel prices, which have skyrocketed since 2011).

That said, if you have any suggestions or tips, leave a comment below (I’m especially interested in excellent local grub spots to hit up in Rangoon)!