New York Public Library’s Digital Collections recently rolled out a number of public domain works. I was pleased to find a beautiful repository of postcards from colonial Burma by D.A. Ahuja, a Rangoon-based photographer.

According to Chasing Chinthes:

[Ahuja] started as Kundundass & Co. in 1885 and in 1900 changed the name to his own, D. A. Ahuja. He bought rights to other photographers’ photos and had them hand coloured and printed in Germany. The quality was the best you could get at the time, and his images outshone other companies from France, Japan, Germany and England. In 1916 he bought out Watts & Skeen. His photography studio was still running as well…

(By the way, Chasing Chinthes also has an absolutely astonishing collection of Burmese postcards by Ahuja, alongside others.)

It’s remarkable to see how how little has changed in most of the featured landmarks today. 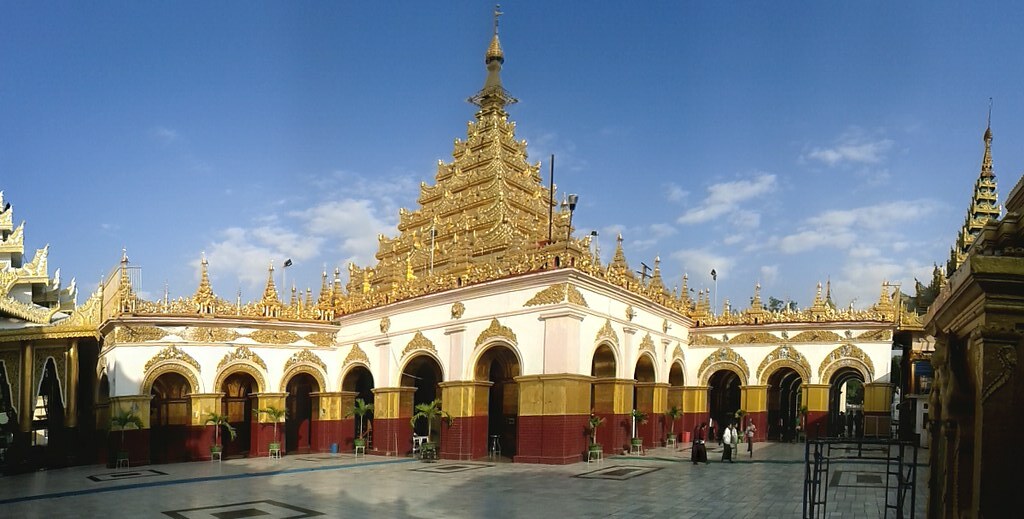 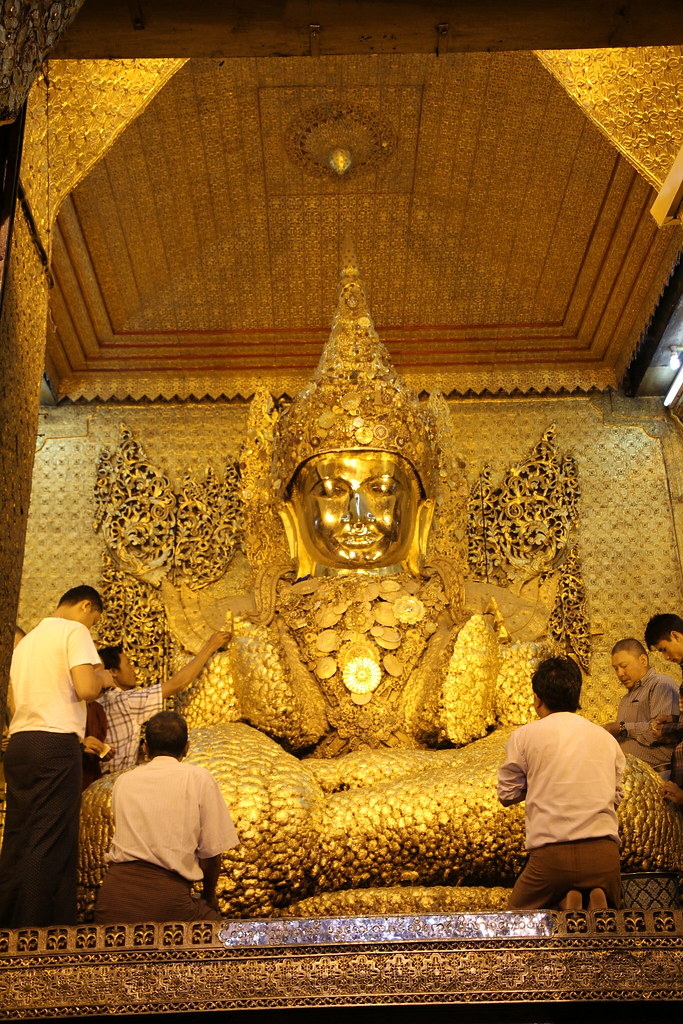 The Mahamuni Buddha Image today has become so heavily gilt with goldleaf that the image’s surfaces now bulge. 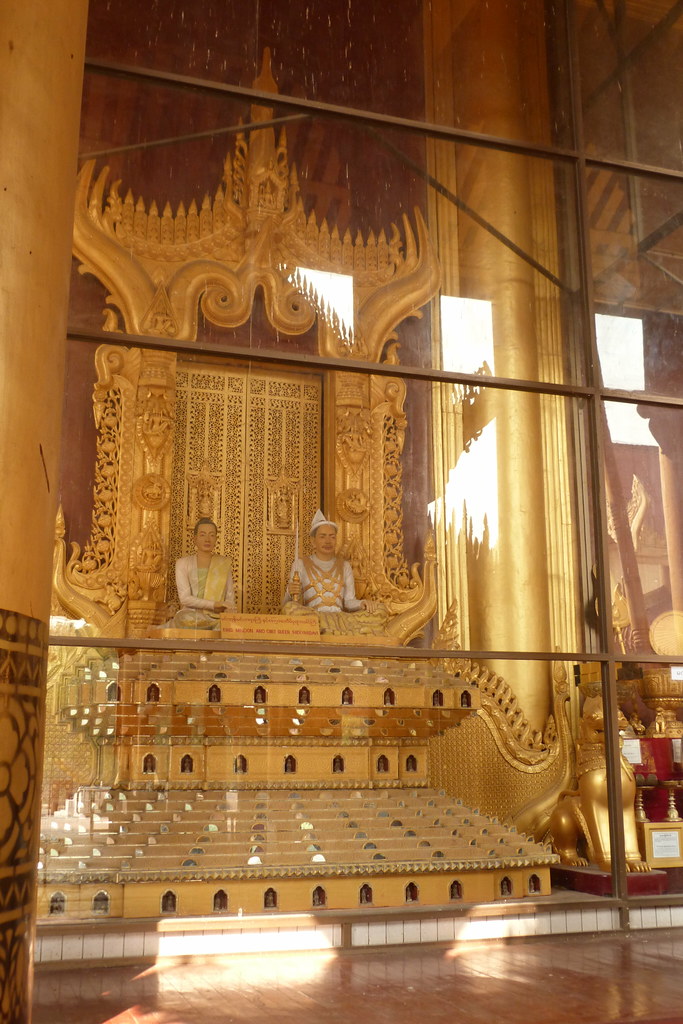 A reconstruction of the Konbaung throne at Mandalay Palace today.

Shwenandaw Monastery is undergoing major restoration work, under a US-funded grant. The formerly gilt monastery was once the living quarters of King Mindon Min in the Royal Palace. After his death, his son, Thibaw Min, reassembled the building as a monastery outside the palace grounds, purportedly because he feared the chamber was haunted by his father’s spirit. 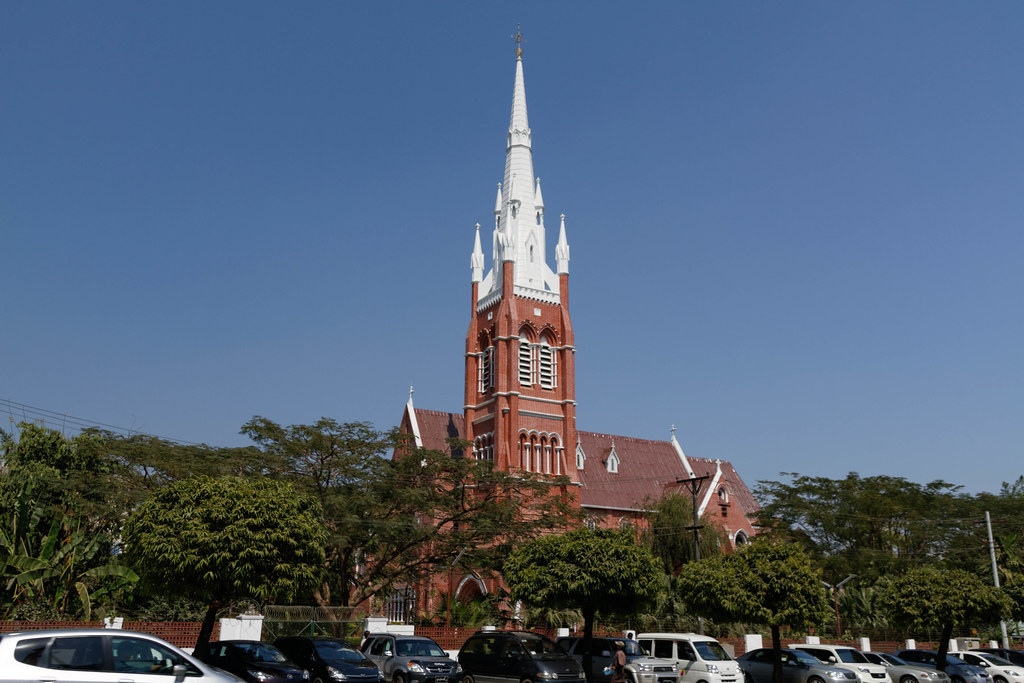 I suppose at the time the post card was taken, the bell tower of Rangoon’s only Anglican cathedral, Holy Trinity Cathedral, hadn’t been fully constructed. 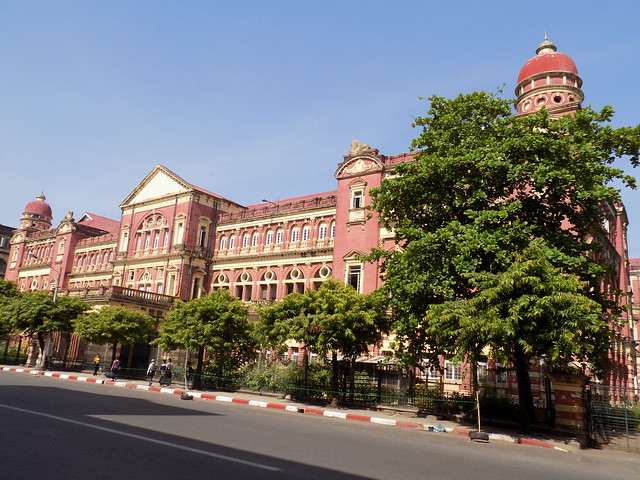 The former High Court building housed the country’s Supreme Court until 2006. It still remains an impressive vestige of Rangoon’s British colonial legacy, flanking the Mahabandula Garden to the west. [Thanks for the correction, Ko Thurein Aung!]

I’m not sure if the nurses’ quarter was part of the extant General Hospital complex, but it’s a beautiful structure.

The Jubilee Hall in Rangoon was unfortunately demolished in 1985, and replaced by the Army War History Museum. Located on Shwedagon Pagoda Road near Kyaku Dhammayon, it was built in 1897 to commemorate the Silver Jubilee of Queen Victoria. According to the Burmese Wikipedia, Rangoon University’s first convocation was held at this venue, on November 28, 1921. The building later housed the National Museum. 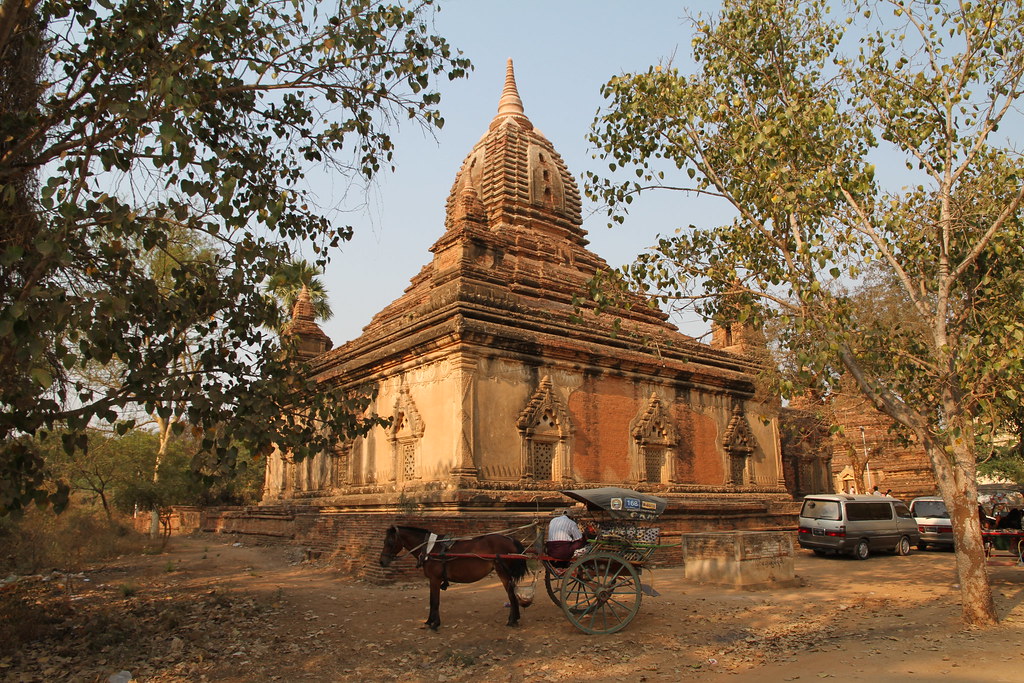 As the comparison indicates, Gubyaukgyi Pagoda has been restored in subsequent years, including the finial roof. 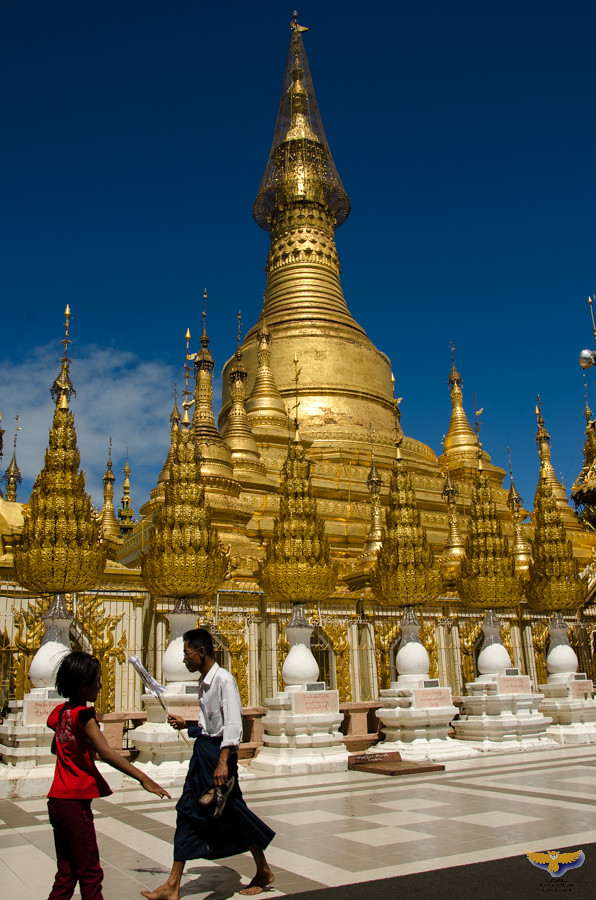 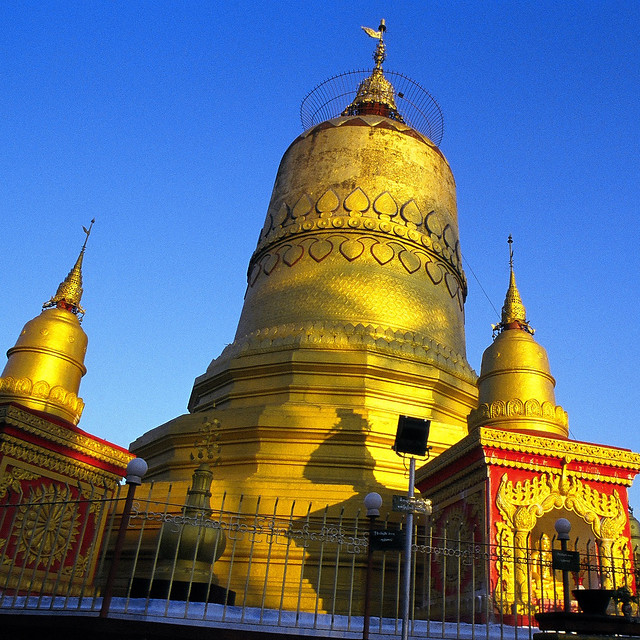 Bhamo’s Theindawgyi Pagoda (သိမ်တော်ကြီးဘုရား) still sports a unique pagoda design, reminiscent of pagodas built by the Pyu people, such as the Bawbawgyi Pagoda.

4 thoughts on “Postcards from colonial Burma”