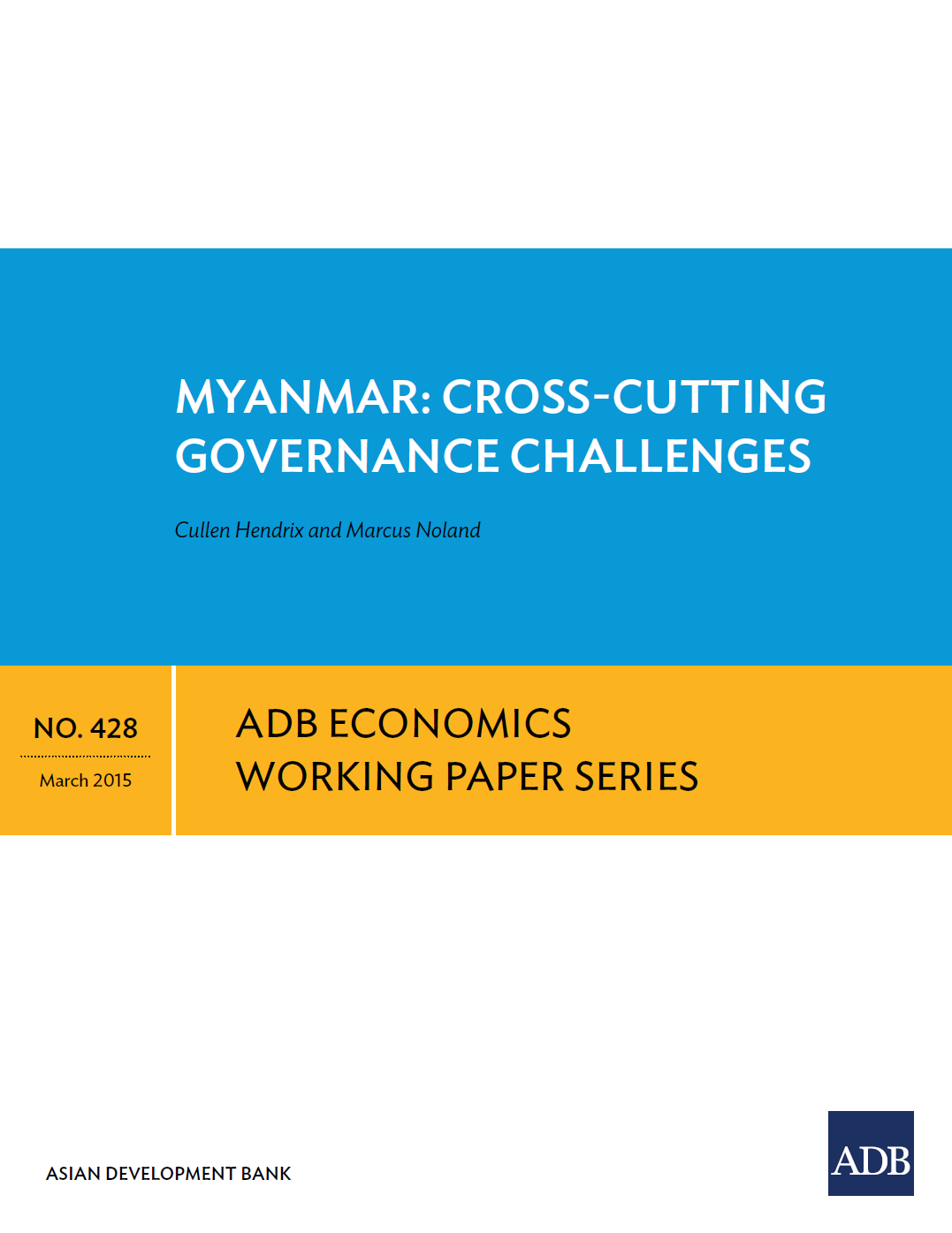 The paper provide a comparative analysis of Burma’s performance in worldwide governance indicators, against comparable ASEAN countries (i.e., Cambodia, Laos, and Vietnam). Not surprisingly, Burma ranks dead last in almost every overall governance, transparency and corruption and legal system metric, hovering between the 5th and 15th percentiles on each measure. It fares a bit better than Cambodia and Laos in just a few indicators: judicial independence, overall freedom ranking, ability to resolve insolvency, corruption perceptions, and budget transparency.

No. 1: State influence on the economy

While private firms are notionally at the center of the Burmese economy, they are deeply connected with the state, “either as former SEEs [state economic enterprises] with implicit expectations of bailouts if they run into difficulties, or are simply controlled by politically connected cronies.“ (think back to the privatization of state assets in 2011, immediately before the elected parliamentarians took office.) The country’s historic legacy has been one of deep interventionist policies and state planning. Further, government connections present obvious conflicts of interest. The state still has a disproportionate role in the finance sector, with the state-owned Myanmar Economic Bank (MEB) possessing 80% of the finance sector’s assets. SEEs are currently not financially autonomous, as they are government-subsidized and not subject to hard budget constraints.

Land ownership and disputes, affecting arable land and forests, are a visible issue—with photos of vocal farmers constantly staging protests and filing petitions splayed on newspapers on a regular basis. Rural farmers are still being displaced by large-scale projects without any sustainable alternative. The military’s seizure of land is also noteworthy (and reasons behind it): “A parliamentary commission calculated that since 1988, the military has seized nearly 100,000 hectares.” The Ministry of Industry’s designation of 18 industrial parks (in 9 of the 14 states and regions) has largely been unsuccessful too, attracting insufficient numbers of investors. Significantly, only 20% of the land in industrial parks is used for industrial-purposes; the remaining 80% is used for non-industrial purposes (e.g., warehousing or vacant).

The paper points out that the 25 years of military rule has decimated the bureaucracy’s effectiveness, because of military appointments to bureaucratic positions. (During the Ne Win era, key civil service positions were held by relatively well-educated civilians). According to the authors, the so-called “militarization” of the bureaucracy has:

Hendrix and Noland make a few important recommendations worth considering: