I finally got to reading an excellent report out by the Justice Trust, entitled Hidden Hands Behind Communal Violence in Myanmar: Case Study of the Mandalay Riots. It presents a compelling analysis as to the origins of the riot violence that gripped Mandalay in July 2014, affecting both Muslim and Buddhist communities.

When work colleagues ask me of Muslim-Buddhist clashes in Burma they’ve read about in the newspaper, this is the only answer I can muster. “In Burma, nothing is ever as it appears on the surface. You have to take the news with several grains of salt.” 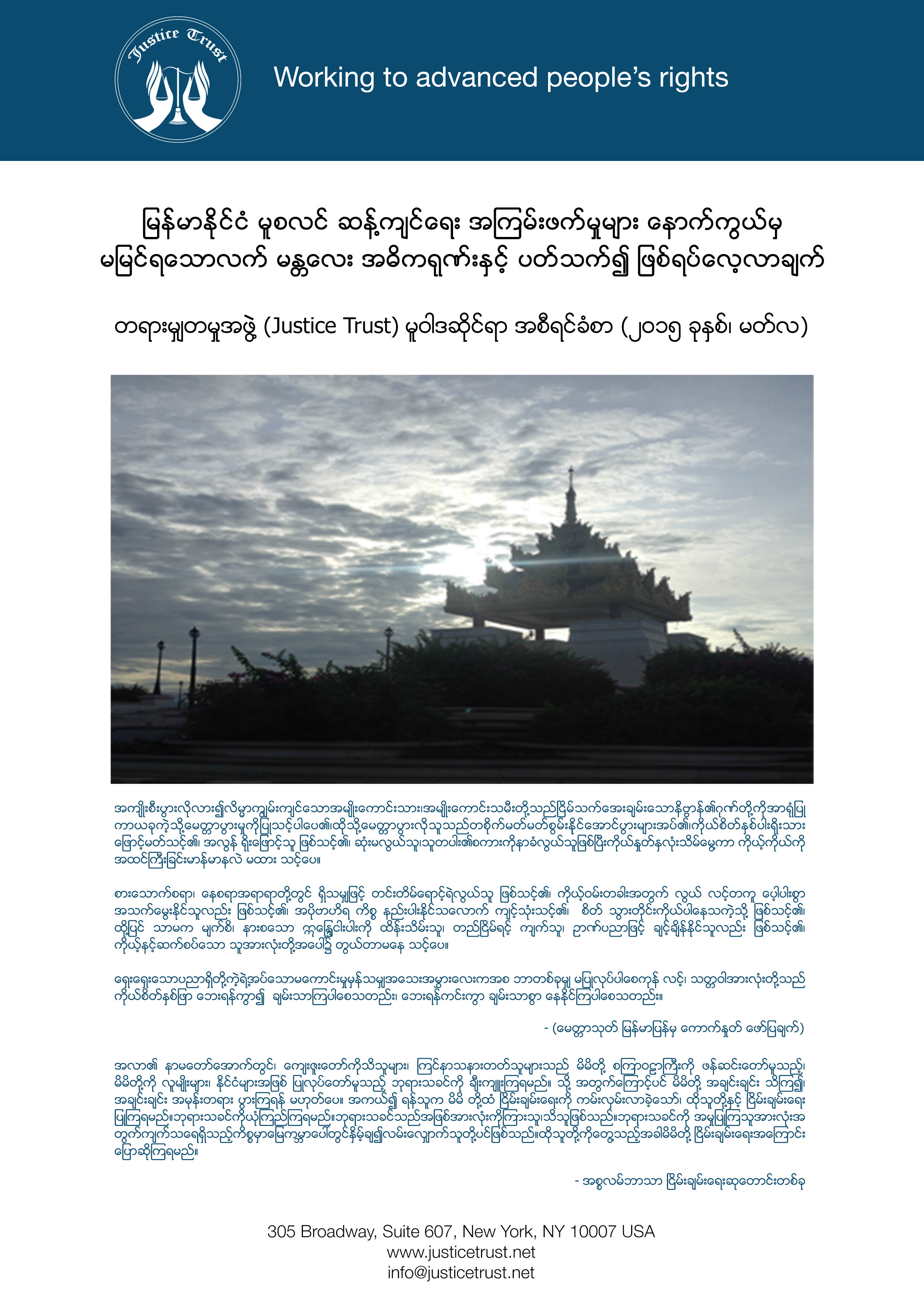 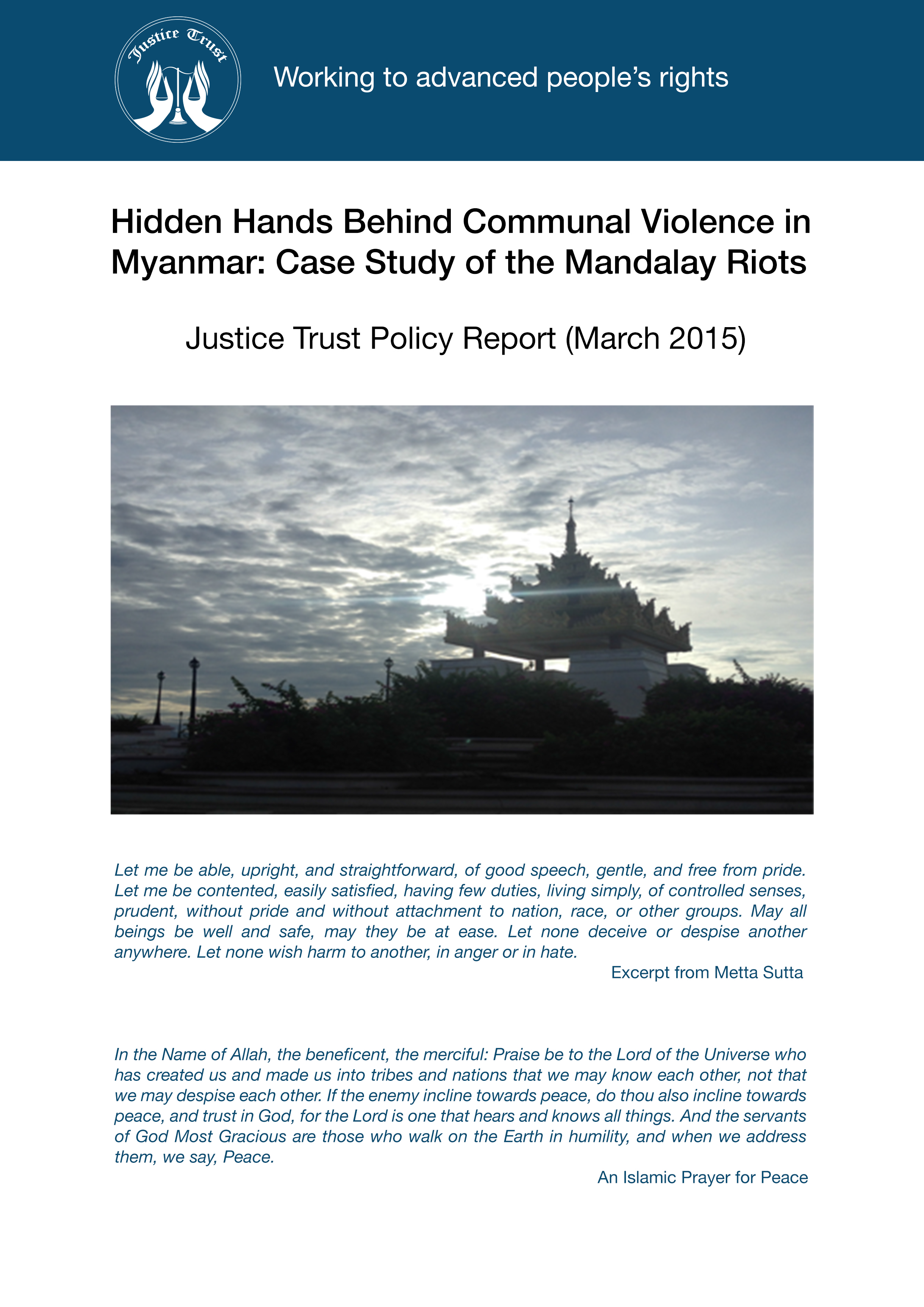 In a nutshell, the report makes the case that the riots were intentionally stoked by powerful authorities to manipulate locals as a pretext for maintaining its grip on power. According to Thein Than Oo, a Mandalay lawyer:

“This report shows what most Burmese have known for a long time – that religious hatred between Buddhists and Muslims is being stoked by hidden hands and manipulated as a pretext for maintaining their grip on power. We have seen this script many times before – the deployment of plainclothes forces (Swah Ah Shin) rather than uniformed soldiers to commit national-scale political violence, and the scapegoating of minorities to divert pubic attention away from the country’s real needs.”

The report’s analysis of major outbreaks of communal violence reveals a common underlying pattern with a five-step sequence of events:

The Justice Trust (www.justicetrust.net) is a American-registered 501c3 non-profit that partners with local lawyers and activists to strengthen communities fighting for justice and human rights. We amplify local voices, uncover abuses, press for remedies, and promote rule of law reform. The regional secretariat in Bangkok was established in 2012, which began working on its first country program: Myanmar. A national center was set up in Myanmar in January 2014.

One thought on “Pull the puppet strings: Muslim-Buddhist violence in Mandalay”