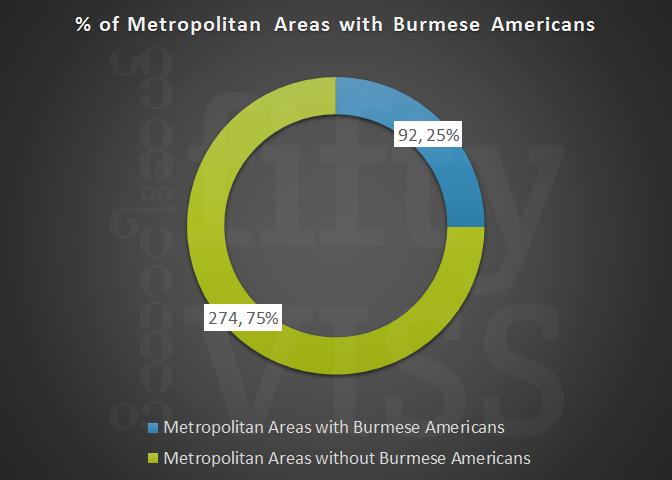 The overwhelming majority of Americans live in one of its 300-odd metropolitan centers. As of the 2010 Census, the 366 metropolitan areas had populations ranging from 55,274 (Carson City, NV) to 18,897,109 (New York-Northern New Jersey-Long Island, NY-NJ-PA). 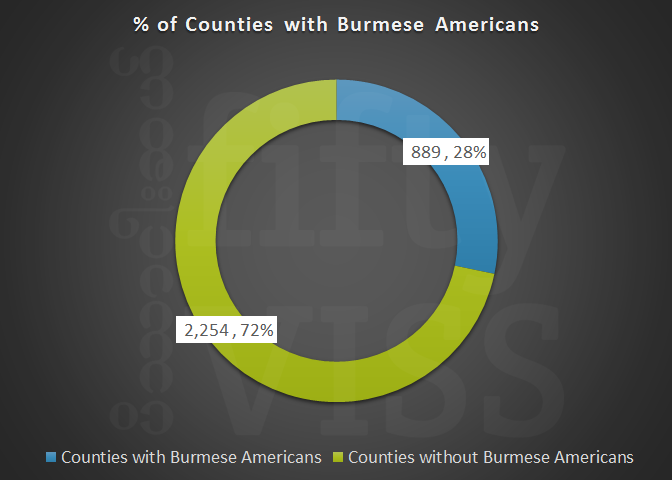 While Burmese Americans live in every state, they are present in only 28% of the United States’ 3,143 counties and parishes, according to 2010 Census data. Still a staggering number, in my opinion, as it speaks to the geographic dispersion of Burmese Americans. 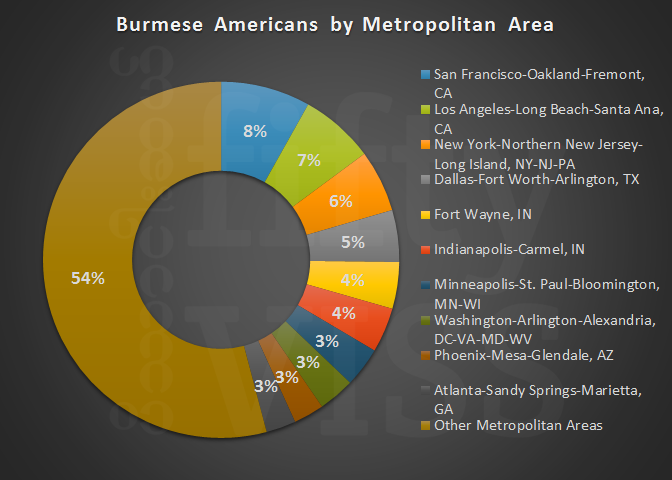 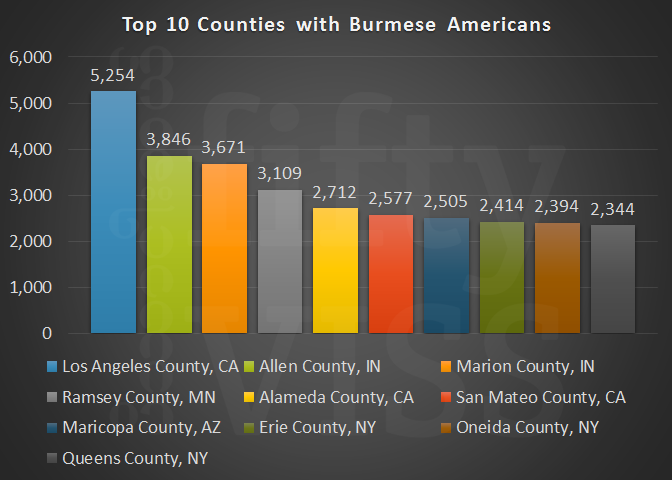 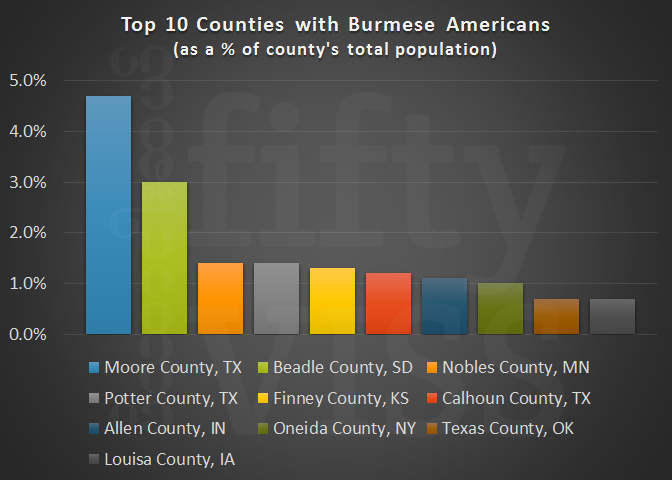 In terms of population density, Burmese Americans tend to constitute larger portions of smaller, rural counties in the Midwest. 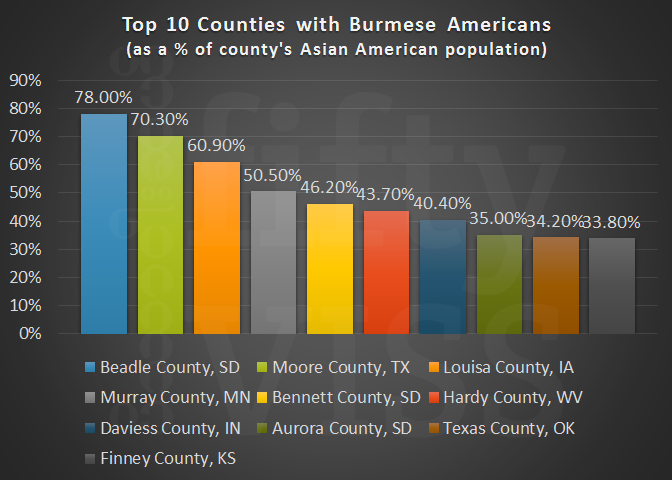