Working in the American health care sector has intensified my fascination with the health care landscape, the complex interplays between patient and provider, government and business sector, and the competing motivators of money versus care.

And the bottom line is that the wellbeing of individuals, communities, and populations is at stake. Yet most people overlook what underpins these medical transactions: insurance policies and legislation.

So the Finance Ministry’s announcement that health insurance is coming to Burma let me feeling like this was a bit premature.

Starting July 1, 12 Burmese insurance companies, including the publicly-run Myanma Insurance, will be offering health insurance on a one-year trial. The announcement was made by the Ministry of Finance.

This comes after a recent announcement by the nation’s Insurance Business Supervisory Board that foreign insurance companies will be allowed to operate on Burmese soil, most notably, directly, or through joint ventures with local firms.

Some notable highlights from the announcement:

I was a bit taken aback by the deputy finance minister’s comments comparing the American and British health insurance schemes:

On the other hand, Burma seems to be treading in the direction of the U.S., where much policymaking has been driven by the insurance companies, leading to an ever fragmented market that simply does not work. For the illusion of consumer choice, Americans have given up tremendous efficiencies that could be realized through consolidation.

Back in September 2013, Myanmar Times reported that foreign experts in the form of “international insurance professionals”  were being consulted on the health insurance scheme. Currently, about 80% of health care is controlled by the private sector. 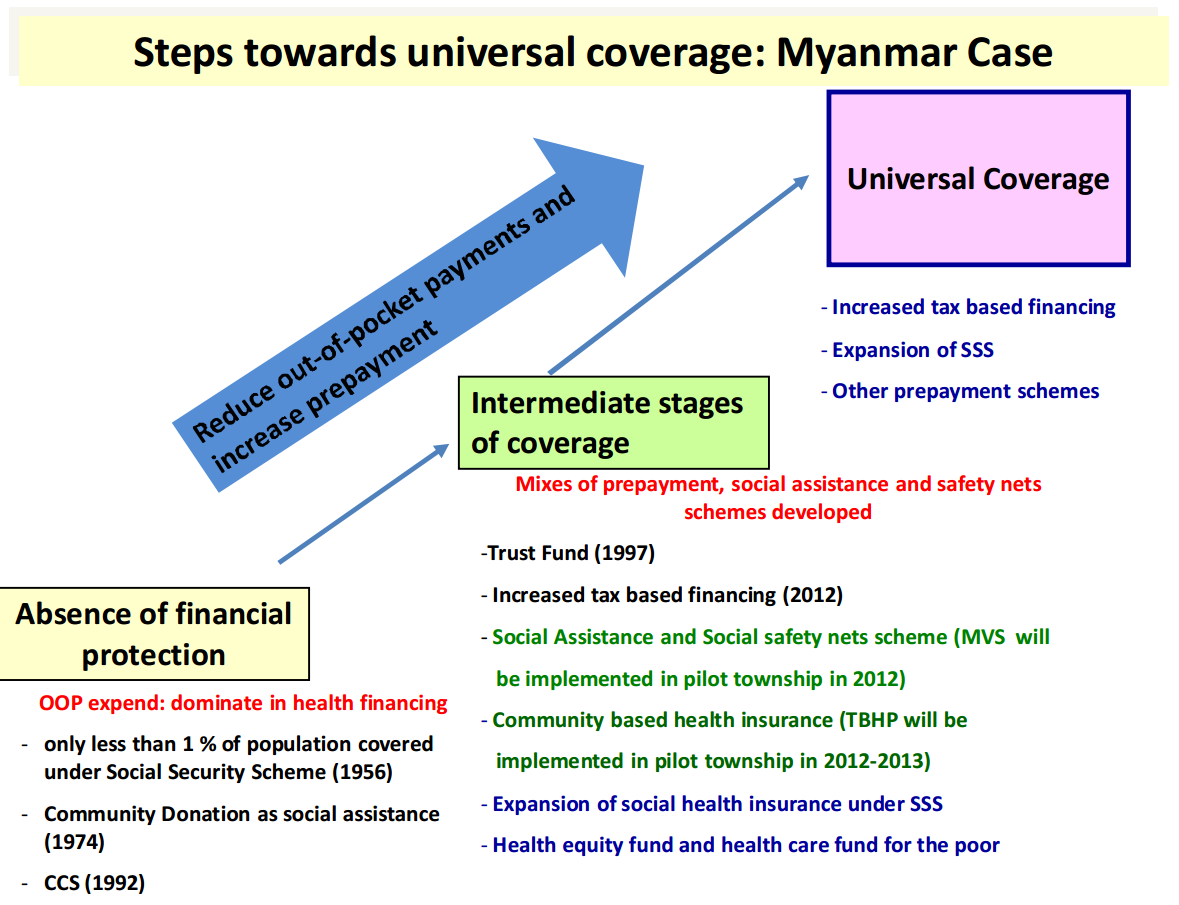 Without any details, the system seems to misalign incentives with treatment (with little accountability on the part of providers to actually tend to their patients) and would exclude large segments of the population from coverage. Thoughts?