Throughout the rest of the world, local numeral systems are quickly being replaced with Hindu-Arabic numerals (i.e., 0, 1, 2, 3, 4, 5, 6, 7, 8, 9). This holds true across Asia, where countries with native sets of numerals, like Thailand, Cambodia, and China, increasingly prefer the Hindu-Arabic forms in daily use, relegating the indigenous sets to ceremonial usage. In Europe, Hindu-Arabic numerals had replaced cumbersome Roman numerals by the 1400s.

Yet Burmese remains a curious outlier in Asia. Record-keeping is still largely done in Burmese numerals, even after nearly a century of British colonization. And although mathematics is taught using the Hindu-Arabic set, the traditional set of Burmese numerals is still widely used, in literature, newspapers, and handwriting. But why?

The State of Burmese Numerals

Burmese numerals descend from the Hindu-Arabic numeral system, ultimately from the Brahmi set of numerals (which forms the basis of all South and Southeast Asian numeral systems). The Burmese forms are exceedingly simple to write, requiring less than two strokes per number. Maybe this is a reason for their resilience in modern-day Burma. 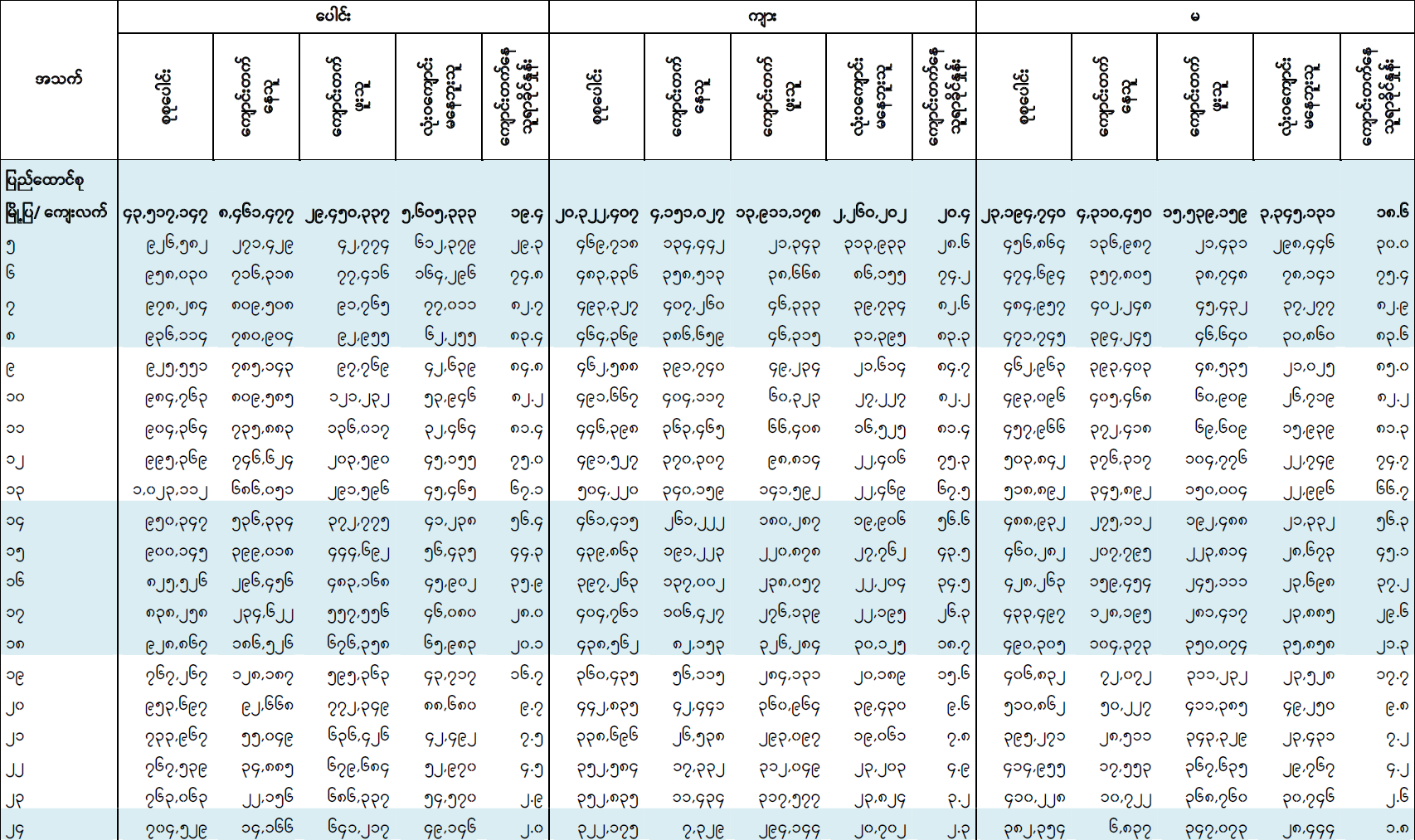 Moreover, for the most part, Burmese numbers can be easily distinguished from each other, especially given that the character shapes have different line heights: some are rather short, others have hooks underneath the line, and others have hooks above.

In recent years, another convention has emerged too: wherever Burmese numerals are used, they are encased in a set of parentheses, perhaps to disambiguate from the surrounding Burmese text.

Especially with the advent of Burmese-compatible software and hardware,  perhaps the country’s numerals will be spared the fate of its neighbors’. Microsoft has supported calculations using Burmese numbers as early as its Excel 2007 version. 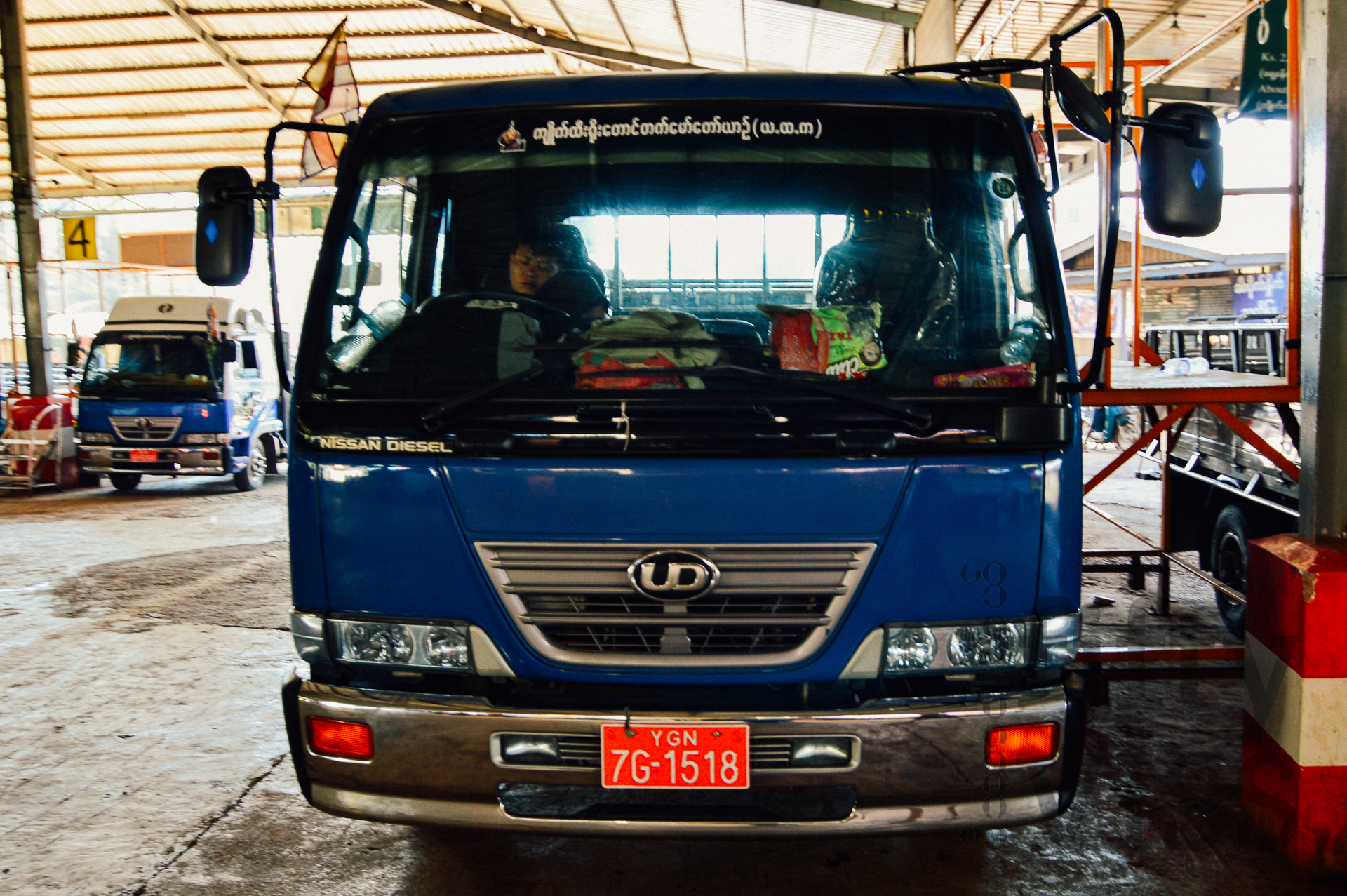 But even compared to 5 years ago, during my latest visit to Burma, I have noticed a surge in the usage of Hindu-Arabic numerals on billboards and other places. For instance, the government recently began rolling out a new car license plate scheme that features Hindu-Arabic numerals combined with Roman letters. 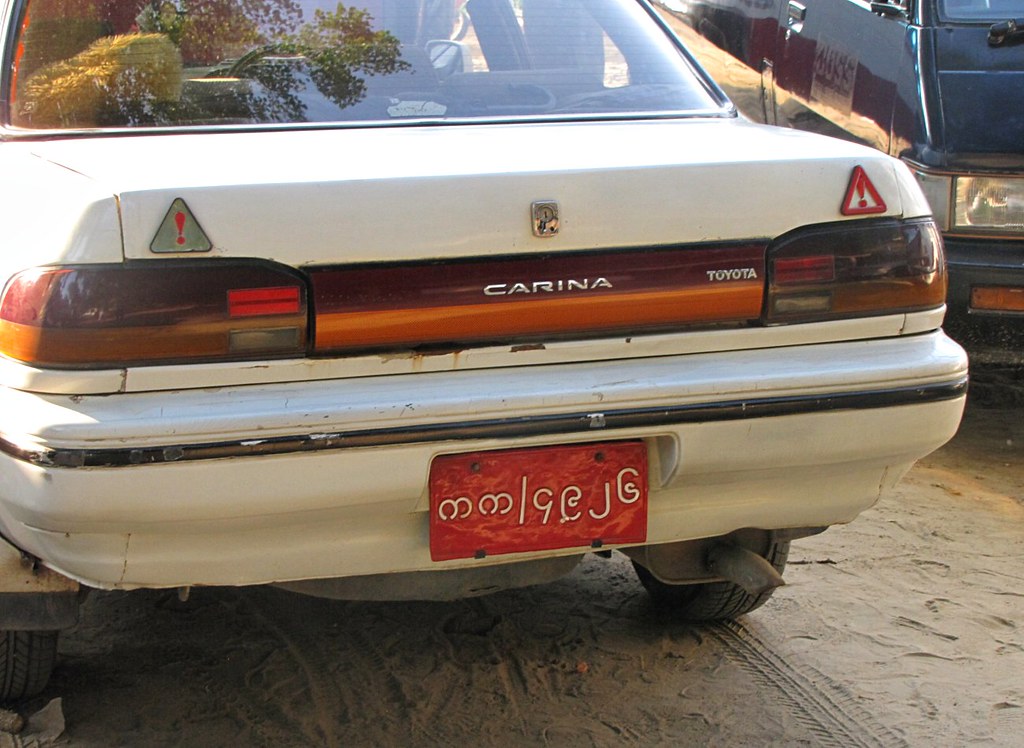 By comparison, the old ones featured a combination of Burmese letters and Burmese numerals. These incremental changes point toward more widespread institutional adoption of Hindu-Arabic numerals.

WHy are Hindu-Arabic Numerals Preferable?

“The modern era of colonialism brought about the replacement of further systems starting in the nineteenth century. The Hebrew, Coptic and Syriac alphabetic numerals all continue to be used for religious and formal purposes, but Western numerals are used in most other contexts. The indigenous numerical notation systems of South and East Asia have not been completely replaced, but they too have been supplanted for many purposes by the Western numerals. While there is no functional reason for the replacement of one ciphered-positional system by another, the dominance of European nations, coupled with the desire to have a single, universally intelligible system, have made the Western numerals an attractive option. Even in places like Japan and Thailand, which were never under direct political control by a European power, the Western numerals are usually preferred.” (p. 225)

Thailand is a great example of a country that deliberately effected policies to replace its indigenous set of numerals in the name of modernization. According to Sulak Sivaraksa’s Conflict, Culture, Change: Engaged Buddhism in a Globalizing World:

“June 24, 1939 officially heralded the advent of military dictatorship. Marshal Phibunsongkram (hereafter Phibun) was the main force driving the establishment of autocracy in the kingdom… The marshal affixed the farang [foreigner] word “land” to “Thai,” implying that the country ought to be farang.  Thai numerals were discarded and the Arabic numerals were adopted instead.” (p. 98)

Nowadays, it’s quite rare to encounter Thai numerals in daily life. I had little trouble reading prices on menus and labels, because everything was in Hindu-Arabic numerals.

Just about the only times I came across Thai numerals were on banners celebrating royal anniversaries, signs and posters at Buddhist temples, and banknotes. In fact, one could be forgiven for not realizing that Thailand even has an indigenous set of numerals.

Across Asia, indigenous numerals have come to be replaced by the ubiquitous Hindu-Arabic numerals, almost hand in hand with industrialization.

The Will to Preserve?

But what’s to be seen is whether the Burmese attach sentimental value to Burmese numerals and see a need to preserve common usage of its indigenous numerical system. If this numerical system is seen as an impediment to economic progress, I doubt anybody will let Burmese digits stand in the way… Burmese numerals are nearly a millennium old, and have even survived British rule unscathed. But what’s unknown is whether or not they will survive the onslaught of “modernity.”

3 thoughts on “Will Burmese numerals ever fall out of fashion?”