My interest in Chiang Mai’s indigenous script was piqued when I first noticed the astounding similarity between the Burmese and Lanna scripts. The Lanna script, also known as the Tai Tham (Tham comes from Dhamma, because the script was used to transcribe Buddhist manuscripts), Tua Mueang, and Northern Thai scripts, is traditionally used to transcribe the Northern Thai language, also known as Kham Mueang. It is closely related to Lao Tham, a liturgical script used in Laos.

Kham Mueang (lit. “city language”), the vernacular of Northern Thailand, is known for its slower rhythm and pace of conversation. It’s spoken by about 6 million people. Despite sometimes being designated as a Thai dialect, I’m reminded of the saying, “A language is a dialect with an army and navy,” because Kham Mueang isn’t mutually intelligible with Thai.

Northern Thai also known as Lanna language or more properly as “Kam Mueang” is not mutually intelligible with Central Thai. The vocabulary and pronunciation are different. Hence, the presence of Kam Mueang words in public places where Central Thai would normally be used is a reflection of pride in local identity. [source]

Vocabulary and functional words often differ from Central Thai, often resembling Lao/Isan words. One of the most famous dances in Chiang Mai is called fon tee (ฟ้อนที), or umbrella dance. Tee, the Kham Mueang word for umbrella, is most likely cognate to Burmese hti (ထီး). By comparison, the Central Thai word for umbrella is rom (ร่ม). For other such Burmese loanwords, Ubonrat Pantumin has a short treatment on Burmese words borrowed into Kham Mueang (“Myanmar words in Lanna language”).

Origins of the Lanna script

The Lanna script is most likely derived from the Mon script, also ancestral to the Burmese script:

The Tham script shows a strong similarity to the Mon script used in inscriptions in the ancient Mon kingdom of Haripuñjaya (present-day Lamphun Province of Northern Thailand), dating from the 13th century CE. [source]

However, stylistically, written text looks more similar to Thai than Burmese– Lanna script tends to be written in thin calligraphic flourishes, whereas Burmese prefers crisp rounded lines. Nevertheless, the written text still bears an uncanny resemblance to Burmese, especially its use of prominent consonant stacking. Differences from Burmese are probably the result of governance and recent history. Whereas the Mon script was re-aligned to the Burmese script in more recent times, the Lanna script continued to develop independently.

The Lanna script was originally used for Buddhist scripture, more specifically, for transcribing Pali scripture. However, by the 1400s, the Lanna script was used to transcribe Kham Mueang. From Chiang Mai, it quickly spread to neighboring Tai kingdoms, including the Lao, Tai Lu, Tai Khun and other Tai peoples.

The introduction of the Sukhothai alphabet (i.e., the Central Thai alphabet) to the Lanna kingdom by Phra Sumanathera, a Buddhist monk, during the reign of King Kuena, probably led to various script innovations, including the expansion of the consonant set (with the addition of hooked characters used for native Tai vocabulary, similar to Thai) suited to Tai phonology.

Disappearance of the Lanna script

The disappearance of the Lanna script is deeply intertwined with the Lanna kingdom’s turmoils, and the political reality of Siamese subjugation.

In Northern Thailand, the Lanna script fell into disuse in the decades after 1850 and has effectively been replaced by the central Thai alphabet. Because of their use in religious texts, the Lanna script continued to be widely read and written until the 1950s to 1960s. 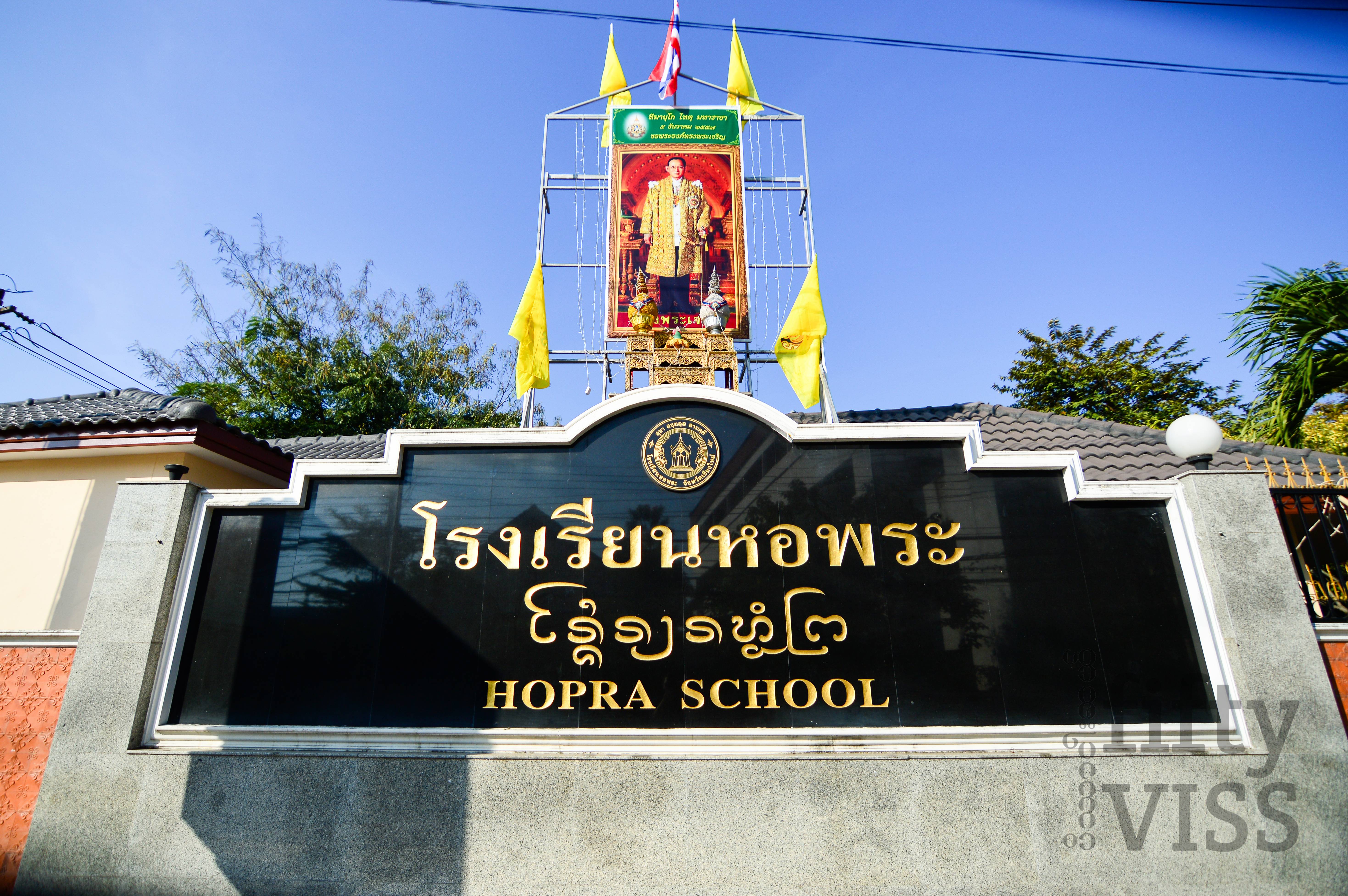 This was the result of an ongoing effort to assimilate Thailand’s distinct regional cultures into the central Thai culture (Thaification) as a means of consolidating control over previously autonomous regions. For one, Lanna was a semi-autonomous vassal state with its own dynastic lineage until 1884, when the kingdom was brought into the Siamese fold with the reclassification to provincial status. With the death of the last ruling prince, Kaew Nawarat, in 1939, the Siamese monarchy abolished the Lanna dynasty. 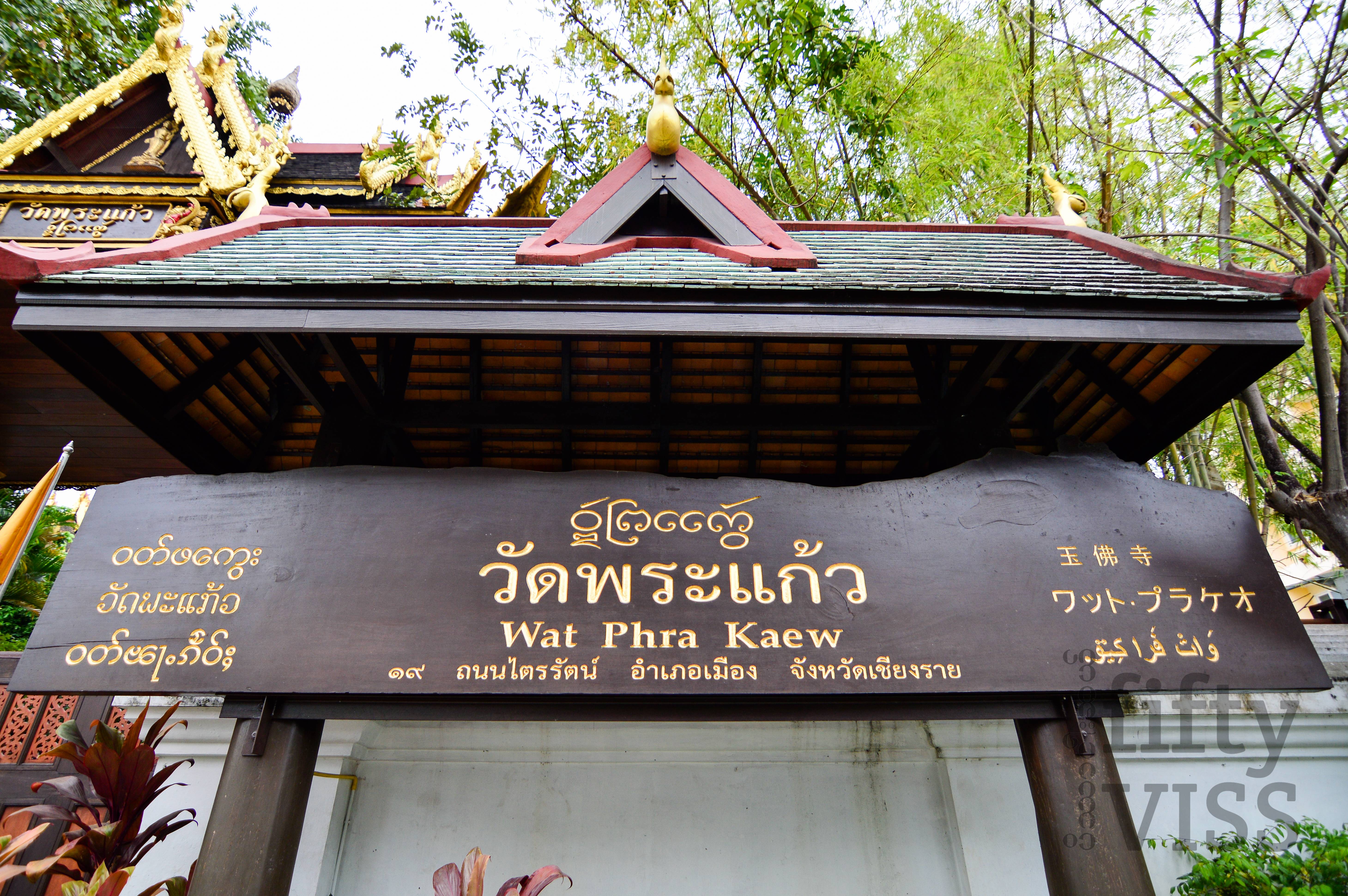 Encouragingly enough, there has been an increased interest among native speakers to revive the script in ceremonial, if not, daily use. Many place signs in the Northern provinces now feature the place name in the Lanna script alongside the Thai script, something that I noted when I visited Northern Thailand earlier this year. 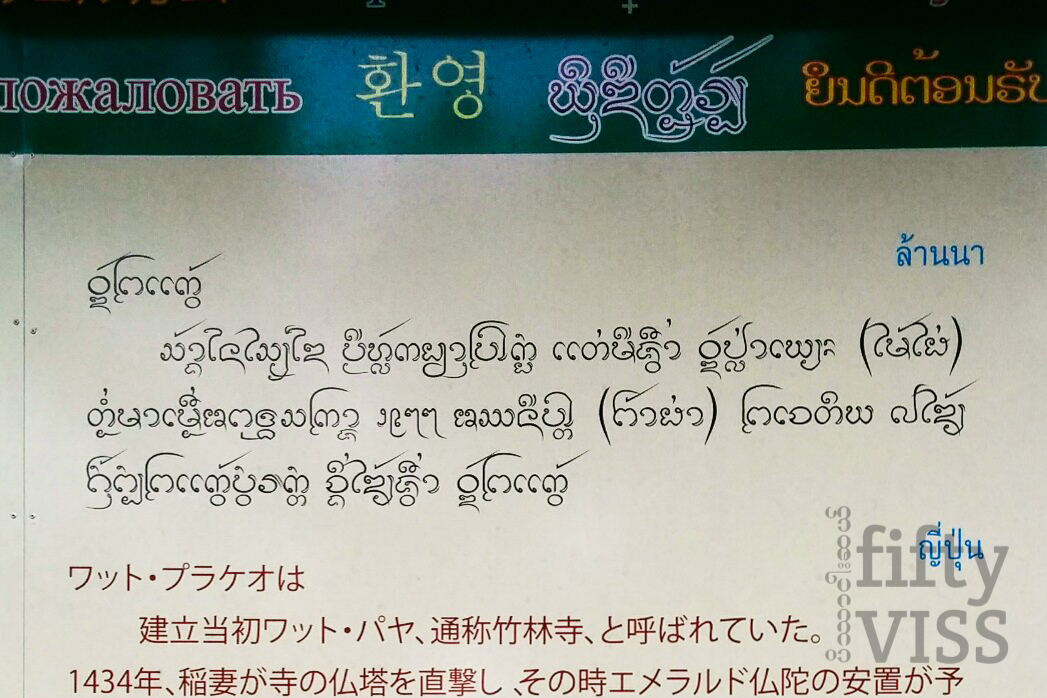 However, as the Institute of the Estonian Language’s romanization and transliteration system for Lanna shows, the script has a number of complexities not found in Burmese, to account for the Lanna language’s 6 tones and diversity of vowels (long and short).

Tai Tham’s Unicode block displays a wide variety of diacritics and a large repository of stacked consonants. Taken as a whole, many of the letters (ka, nya, ta as some examples) show uncanny resemblance to Burmese.

The Unicode block for Burmese is quite extensive, because it also contains symbols and diacritics for Burmese-derived scripts like Mon and Shan. For all intensive purposes, only the first 5 columns see widespread usage in written Burmese.

Alif Silpachai has a primer on the Lanna language for those interested, including consonants and vowels.

2 thoughts on “Brothers from the same mother: the Lanna and Burmese scripts”